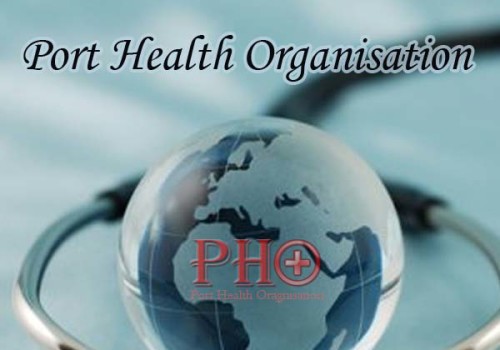 The Port Health Organisation, Cochin was established in the year 1942 to ensure prevention of entry of Quarantinable diseases (Diseases subjected to International Health Regulations) into the country under Indian Port Health Rules 1955.

Cochin seaport is one of the major sea port designated by World Health Organisation as International Sanitary Port in the western Coastline of the Indian subcontinent.

The Single Buoy Mooring System of the BPCL – Kochi Refineries Ltd is located at a distance of 19.5km from the shoreline. The facility is capable of receiving Very Large Crude Carriers of up to 300,000 DWt. The SBM is connected by submarine pipelines to shore tank farms facilities at Puthuvypeen under Cochin Port. The project was operationalised in December,2007.

Being the closest Indian Major Port to international shipping routes, Cochin port has set up an International Container Trans-shipment Terminal (ICTT) at  Vallarpadam Island. This state-of-the-art terminal will have an annual handling capacity of 3 million TEUs when fully developed. Phase-I of the terminal has been commissioned on 11th February 2011 by Hon’ble Prime Minister of India and is now in operation.

Cochin Port has set up a LNG terminal and re-gasification plant in Puthuvypeen area of the Port. The LNG terminal will consist of jetty for LNG vessels.

Cochin port has been attracting the largest number of cruise ships among all Ports in the country. In order to tap the huge potential of cruise tourism, Cochin port is constructing an International             1500 m2 Cruise Terminal on BTP Jetty, Willingdon Island.

Time of enquiry Monday - Friday between 10 AM to 4 PM ( Saturdays, Sundays and Gazetted Holidays office closed )